6 Ways to Spot a Good Man on a Dating Site

So many men at your fingertips - find the one worth holding on to.​

If you’ve been on and off dating sites for a while and haven’t had any success meeting anyone, it’s easy to start believing that the existence of good, decent men is likely a myth - you’d have better luck meeting a smiling yeti than a guy who will call you back.

But, have faith! Good men are out there - you just need to know how to spot them. 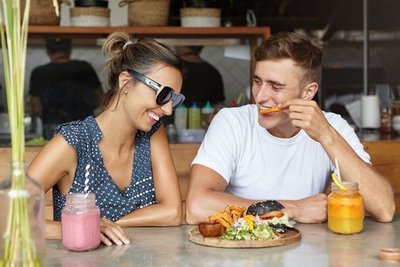 The obvious first step in finding a good man online is to head to a dating site that emphasizes connections and love over casual hookups and lust.

Elite Singles is a great option for career-driven daters who are too busy to spend hours swiping through profiles. The site employs personality pairing to match singles - based on a questionnaire that’s completed upon signup.

It’s designed to gauge your own personality, and what you’re looking for, and then match you with someone you’d mesh well with.

Or, try a dating site like Zoosk​, which is a more popular site that still places a definite emphasis on compatibility. Their Behavioral Matchmaking gets to know your habits - likes and dislikes - and offers matches accordingly.

If you’re already on a good dating site, start by mining his profile for a few telling details.

If a guy mentions all of the things he hates about people or relationships or just life in general - “Not looking for anyone with baggage” or “Swipe right if you think the Kardashians are ruining America” - take it as a red flag.

And, hey, you might agree with his opinions. But in general, you’re better off with someone whose profile is filled with positive thoughts, and not everything he hates about his commute to work.

2. Look Out for the Guy Who’s Been Hurt and Lets You Know It

A man who is serious about making a relationship work will not divulge the gory details of his painful breakup early on - and definitely not on his dating profile. Take it as a telling hint that he's still not over a broken heart, or, worse, skeptical about the idea of love in general.

In general, avoid anyone who is comfortable lashing out at the entire female population because of a bad past experience.

So if he mentions on his profile a crazy ex, or anything about how women claim they want a good man but reject every good man they meet - stay away. 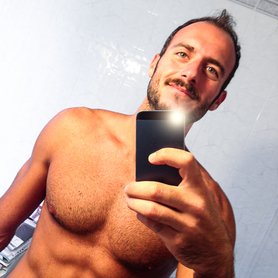 3. Big No to the Guy Who's Trying too Hard to Impress with his Photos

Beware the guy whose dating profile is littered with photos of him flexing in front of a mirror, showing off excessive wealth or any other signs that he's a bit too into himself.

And now, on to the messages...

Yes, online dating is a numbers game. But be weary of the guy who sends the copy/paste generic first message. He’s most likely sending it to thirty other women, and is waiting for whoever bites first.

Save your energy for the guy who really wants to get to know you.

5. He Takes the Time to Respond

When a guy opens up through chat - tells you about himself, doesn’t take too long to answer back, and is thoughtful in his responses - it’s a sign that he’s invested in the getting to know each other phase of online dating.

And it's in this phase where you can best distinguish between the, "I want something real" keepers and the "I'm bored on a Tuesday night"duds. 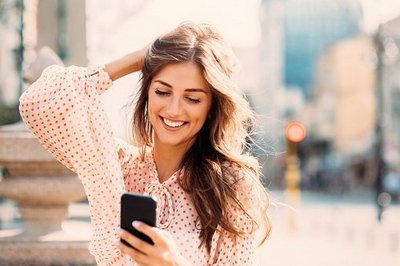 6. He Asks You Questions

If he does the above, and also asks you questions (and doesn’t just ramble on and on about himself) another good sign that he’s also invested in getting to know you.

Good men do exist. Romance, chivalry and respect are not forgotten art forms. So if your search for a decent man has hit a bit of a snag, don’t give up. There’s someone out there for you.

And if you’re looking for the best dating sites, give Zoosk​ a try. It just might be the key to making online dating work for you.